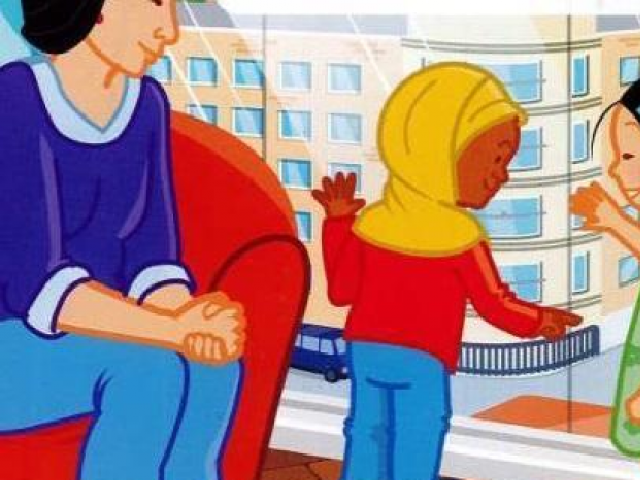 A road safety campaign by Transport for London featuring a cartoon child wearing a headscarf has dropped the pictures after receiving complaints that it aims at sexualising children.

The character in the images, four-year-old Razmi was shown wearing the hijab, traditionally worn by Muslim women as a sign of modesty, in books and stories as a part of  Transport for London Children’s Traffic Club London, reports The Independent.

Muslim woman forced to remove hijab at airport in Rome Critics argue that by suggesting she should cover her head for boys, the character encourages young girls to grow up too quickly.

In an interview, human rights activist Gina Khan said, “You are sexualising a four-year-old girl. It is as simple as that. The reason a female is covered is so men don’t look at her. How can you integrate into society if you have a four-year-old wearing a hijab?”

The campaign kicked off in 2015 as a free safety education programme aimed at children aged three and four, and their parents and guardians. It also comes with a free app containing road safety advice and games. More than 66,000 children have joined the club across London.

The stories feature children from all backgrounds, including Razmi.