The white supremacist who filmed himself crying hysterically in fear of his life after he featured in a documentary saying the killing of 32-year-old Heather Heyer was “more than justified”, has turned himself in.

Christopher Cantwell surrendered to police in Lynchburg, Virginia where warrants for his arrest had been issued for two counts of illegal use of tear gas and other gases, and one count of malicious bodily injury with a caustic substance.

He is being held in a regional jail whilst he awaits being transported to Charlottesville.

Cantwell featured heavily in Vice News’ documentary of the recent Unite the Right march in which he makes bravado-laden statements such as:

I’m carrying a pistol, I go to the gym all the time – I’m trying to make myself more capable of violence.

I don’t think that you could feel about race the way I do and watch the Kushner bastard walk around with that beautiful girl.

But after the march drew international media attention Cantwell quickly changed his tune and released a video in which he tearfully pleads for “guidance” and insists that he was “law-abiding”. 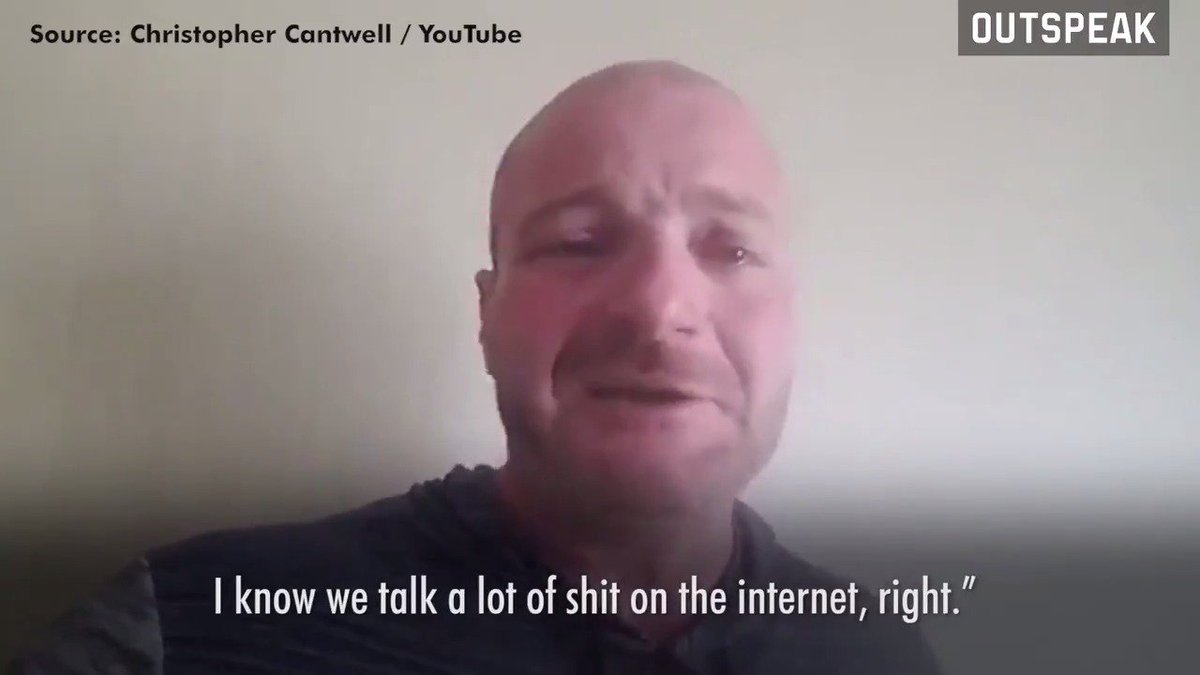 Cantwell was part of the march in Charlottesville that saw hundreds of neo-Nazis parade through University of Virginia grounds chanting “blood and soil” and “Jews will not replace us”.

A former information technology worker who moved to New Hampshire from New York in 2012, the 36-year-old Cantwell describes himself as a white nationalist and said he voted for President Donald Trump.

He has a podcast and blog that promote his views.

Cantwell says Facebook shut down his account in an attempt to silence him for his views. He also said his PayPal account had been closed. The company wouldn’t confirm that because it has a policy of not commenting on the status of accounts.

“I’m not surprised by almost any of this because the whole thing we are complaining about here is that we are trying to express our views, and everybody is going through extraordinary lengths to make sure we are not heard,” Cantwell said in a phone interview from an undisclosed location.

“Frankly, whatever you think of my views, that is very scary to me,” he said. “Facebook and Instagram is one thing but not being able to participate in the financial system because of your political opinions is something that, you know, people should worry about in America.”